However, it's my opinion that we can't afford such luxuries. The current widespread unrest and unprecedented levels of civic involvement surely represent an opportunity, and our challenge is to make the most of it, for the common good. 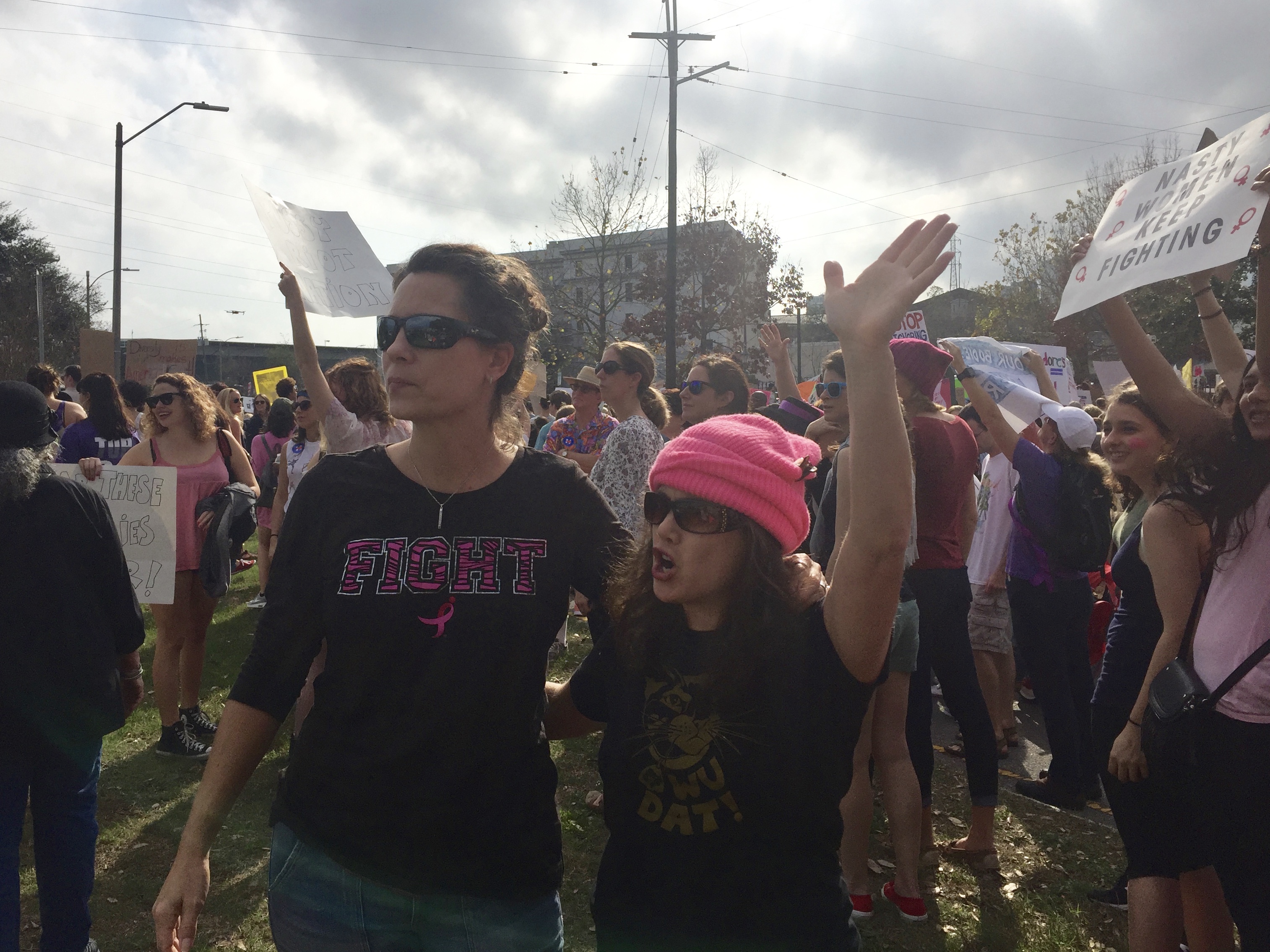 History will record that Donald Trump’s presidency was greeted with massive protests worldwide. That is, of course, if any historians survive and are allowed to write anything approaching the truth. Here in New Orleans, the Women’s March on the day after the inauguration drew somewhere close to 15,000, surely the largest demonstration in our city, ever.

This is a good thing. We need more protest in this country. Protest should be a widespread part of our general culture. Unless, of course, everything is OK. (It’s not.)

To reach the epic levels we’ve seen over the last month, it stands to reason there must be plenty of fresh blood in the mix. Many people protesting have never done so before in their entire lives. I know at least one such person. I bet you do too. Maybe you even are that person.

This also is a good thing, a very good thing. It’s inspiring to me. Seeing so many people out at demonstrations, marches, protests and rallies, I get excited. Surely revolution is imminent! I got so worked up after this last round of protests, I almost felt optimistic about the future for a moment.

Then I sat down and fanned myself. My poor brain was overheated. Reality check: most people are not marching for revolution. Maybe we want a revolution, some of us, but that’s not what is driving us out into the streets en masse.

We are angry and defiant, on a gut level. We are outraged. We are also scared. We just want to go back to the way things were a few months ago.

Ugh. It hurts to type those words.

No way. I refuse to accept that. These protests cannot be about going back. For one thing, that’s not possible. It never is. History is a series of irreversible transformations, and it’s already moved on.

Furthermore: the way things were a few months ago was not so great. In fact, things really sucked. Now things appear to be getting worse on almost (but not quite) every front. Thus the protests. Thus people saying they’re “woke.” Thus a burgeoning level of civic involvement unlike anything in my lifetime.

What are we fighting for?

A great number of us wanted big changes in this recent presidential election. Candidates like Bernie Sanders and Jill Stein even had the audacity to talk about revolution. Can we elect our way to revolution? If so, then it looks like we got one, but it’s not the revolution I wanted, that’s for sure.

If Trump’s election represents a revolution, then those of us who oppose him must be counter-revolutionaries. It stands to reason. But we can’t be just anti-Trump, as necessary as resistance is. There has to be a positive goal. We have to have a vision for the future we desire.

Few people know who Stephen Covey is, but many have at least heard of his book, The 7 Habits of Highly Effective People. The very first one is this: “Begin with the End in Mind.” (Okay, technically it’s number two, but that doesn’t sound nearly as impressive.) We ignore this advice at the peril of everything we hold dear. Who wants to be part of a vast ineffective social movement?

Time for some soul-searching, people. Think about what you’re fighting for. Think about what a true and meaningful victory would really be. Don’t be afraid of the r-word. Do you want a revolution, and if so, what kind? Remember, revolutions come in all shapes and sizes.

To my mind, what’s needed is nothing less than a new relation to each other and to the Earth. We have to dismantle structures of white supremacy. We have to find ways of living that allow all species to flourish and thrive. We have to accomplish what Joanna Macy calls the Great Turning, “the shift from the industrial growth society to a life-sustaining civilization.” That would be a revolution, for sure.

That’s what I’m fighting for. What about you?

Now that people are saying they’re “woke,” we have to keep from going back to sleep. This has to be about something more than installing another neoliberal regime in the next cycle, or we accomplish nothing. We must fan the flames of discontent into a truly revolutionary ardor.

Even if we agree on our ultimate goals, which is far from given, thorny questions of strategy remain. What methods will be effective for accomplishing the transformations we need and desire?

A diversity of means is surely appropriate. By all means, march in the street. 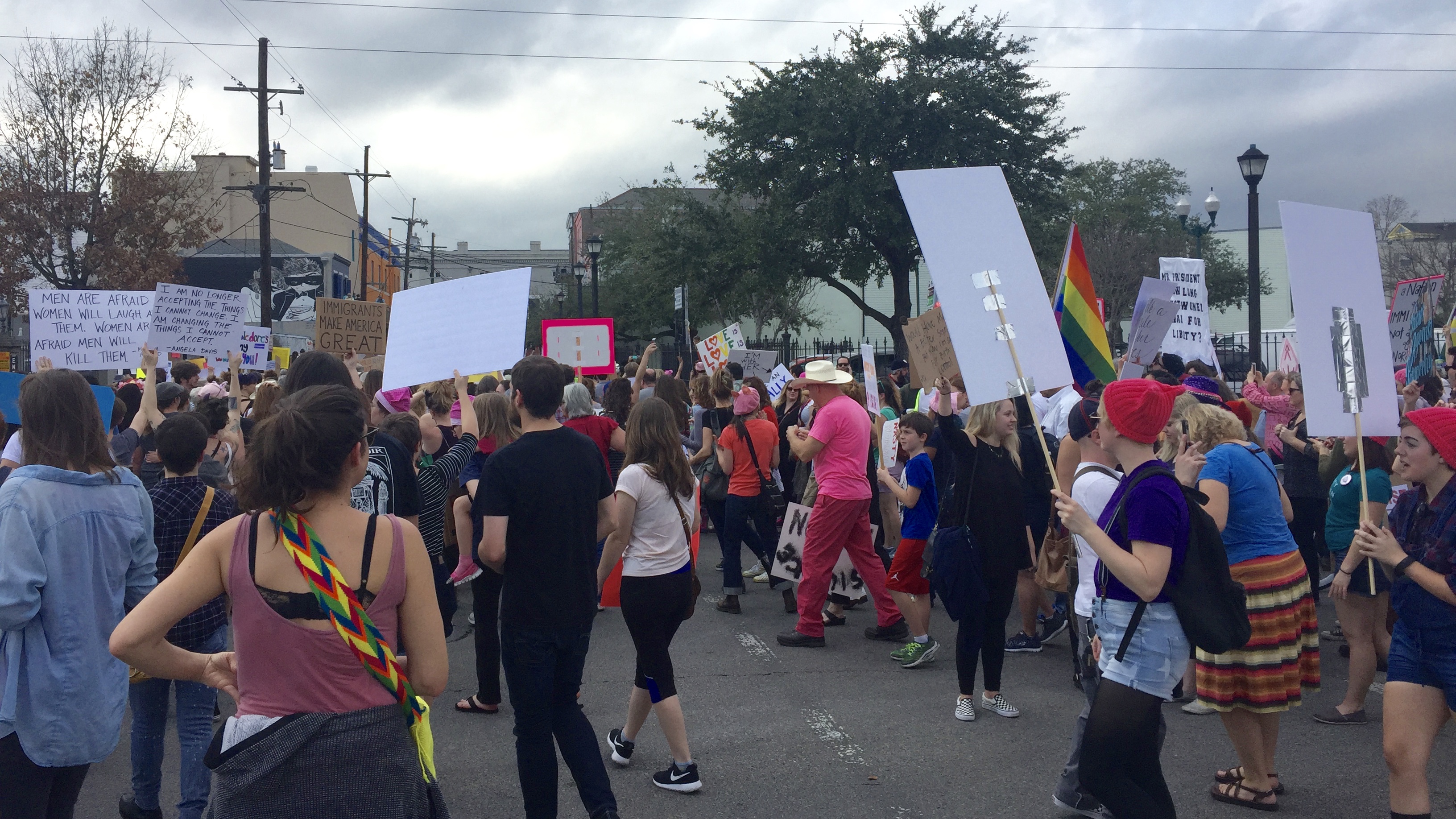 By all means, call your legislators.

Just remember you can’t do it alone.

For effective change, we have to join together with others in society in a longterm and meaningful way. I’m talking about good old-fashioned grassroots organizing. If you care about justice and humanity and ecology and all that good stuff, you need to be showing up at meetings with your fellow citizens, looking at each other, and asking: What next?

There are a number of such groups in our city. Find one that’s right for you. (I’ll be at one such meeting Monday night — come join us.) Make your contribution. Be patient without losing your sense of urgency.

Pace yourself, and be prepared to dedicate some portion of your time and energy to these struggles for the rest of your life — because that’s what it will take.

Bart Everson is a writer, a photographer, a baker of bread, a husband, a father and a resident of Mid-City. He is a founding member of the Green Party of Louisiana, past president of Friends of Lafitte Greenway, and a participant in New Orleans Lamplight Circle. More at BartEverson.com. This article is adapted from a column for Mid-City Messenger.